Welcome to the Lab 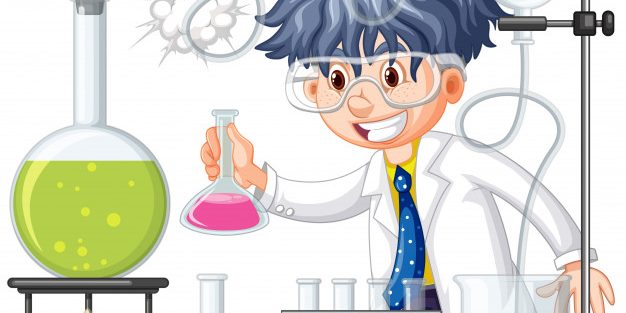 The science of marriage

I am fully convinced that marriage is the greatest science lab ever created.

A lab is defined as a facility that provides controlled conditions in which scientific research, experiments, and measurements may be performed.

You may be wondering how a marriage could be described as anything in which ‘controlled condition’ can be used to describe it; particularly if you feel like your marriage is out of control. But the ‘control group’ begins and ends with the marriage of two people; two opposites being placed inside the same environment. The rest is where the lab gets interesting.

The purpose of marriage

In order to understand this concept we must first understand the purpose of marriage. As much as you may believe it is to join two people together and to procreate to continue the species, I would say that purpose is devoid of 99% of why God created marriage. If His sole purpose was to procreate and ensure the continuance of the species he could have made us all like geckos and reproduced asexually. But he didn’t.

Actually your marriage really isn’t even about you, it is about Him. It is imperative that you catch this; your marriage is meant to show the world His model of love for His bride. Yes, it is that heavy, that serious, that important that you ‘get this’, because it could be the #1 evangelistic tool you will ever have at your disposal.

What is your marriage saying to the world>

What is your marriage modeling right now? Is it void of love or overflowing with it? Is it full of power, or is power something hierarchal in your marriage? Is it full of harmony or conflict? Is it a healthy representation of commitment or do people wonder when you will end in divorce?

And what does this have to do with a lab?!

The lab is where these every qualities are ‘tested’. It is where outside influences are injected into the petri dish to see how things come out. It is where fire is introduced to test whether the pieces will be consumed or tempered. This is the place where the fruit of you as an individual as well as a couple is tested and proven.

The lab is the maturation process; it is where your willingness to grow and learn will be exposed and worked out. If you really want to be more like Jesus, there is no better way to do it then via marriage. The lab of marriage will force you to face character issues that you wouldn’t have been faced with if someone wasn’t there to be your most intimate mirror. This is also the time that you will be forced to learn how to be patient with the issues of your spouse, to learn to lay your life down for another.

Jesus made it clear that marriage is going to expose our immaturities, but that is the key! If we are willing to face them, and grow through them, then we will eventually be rewarded with the greatness of marriage. We will be blessed to model to the world what Jesus Himself is modeling; the desire and sacrifice for His bride that He loves unconditionally. We will model what it looks like to value and care for something, what a safe place really is, and what unconditional love actually looks like.