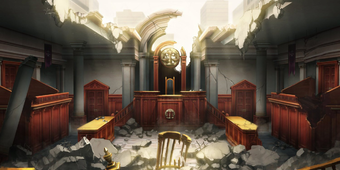 The burden of being the victim, investigator, prosecutor, & judge

I remember when Dave and I were in the middle of our struggles. My trust had been completely shattered and he couldn’t breathe without me being suspicious as to his ulterior motive for breathing.

Let me back this up for a minute and share, for those that may not know me, that I grew up with a very strong prophetic gift, and the gifts are without repentance – regardless of how you are using them.

So, with that in mind, you can imagine what an untrusting prophetic person is continually doing. I was in a cycle of receiving prophetic insight into my husband’s activities, playing investigator, finding evidence, and then prosecuting him.

Even when I got to the point of being utterly exhausted by these cycles, I couldn’t stop them. Why? Because my fears had taken over my thoughts. My fears were all about him, how he may betray me again, the pain I would be left in, the destruction of our marriage, me ending up a single mom having to make it on my own…..the story in my head was a full-blown science fiction melodrama novel. So, even though I would try to repress the thoughts, they were there, playing in the background. So I would end up with prophetic dreams or open visions that exposed him, even when I really didn’t want to know. It was always there.

It wasn’t until I realized what was happening, that ‘A-HA!’ moment when the lightbulb turns on, that I could understand how I was being used as a pawn to disempower my own healing as well as my husband’s. I had believed the lie that what I was doing, exposing his sin, would bring conviction and ultimately cause him to change. But actually it only caused him to believe the lie that he just needed to bury things deeper so that I could not find them.

I had to let go. To let go of suspicion and vain imaginations, to let go of my role as investigator. To release the burden of prosecutor, to step away from judgement. Basically, I had to get out of God’s way and stop trying to do His job; particularly because I was failing miserably at it and only making things worse.

The art of letting go

Once I was able to let go, to truly let go, I had so much more peace in my life. Did it change my husband overnight? Oh, I wish, but no – it did not. We still had years ahead of us before he got to a place of being ready for healing and deliverance. But it was no longer my problem to deal with. That was someone else’s job, someone much more fit for it. His Father, His Creator, His Jesus, His Holy Spirit; and I was none of those. But it DID change him eventually, once he began to operate in peace and was no longer afraid that I was going to come around the corner with a spiritual frying pan and whomp him upside the head with it.

But, what I wanted to share is that the problem wasn’t just in what Dave was doing, it was equally in how I was handling it. I had to get out of the way so God could step in and begin the healing journey that brought us to where we are today.